If you walk down any street in the centre of Rome you will hear any number of languages from all over the world. You will hear them at any time of day, all months of the year, in 2015 just as you would have heard them walking down the same street (or one underneath) in AD100, 1690 the 1880s or the 1950s. Us visitors course in and out of the city each and every day, week after week, in and out, surging down its streets, reaching into the tiniest of alleyways and the smallest, most reclusive of its church interiors, and back out again, pulling out of the side streets and back up the boulevards, and out to the railway station and the airports, draining the city of our presence just as a new surge replaces us almost before we have left, keeping the shops and the cafes and the museums ceaselessly flush with the bloom of our foreign pockets.

The world can’t get enough of Rome, and like the imported seeds of an exotic plant, bits of it, ideas about it, images of it are taken every day, away to innumerable other cities from Kampala to Kuala Lumpur, Paramaribo to Port-au-Prince, Bengaluru and Beirut, where they are spliced with local species and lovingly nurtured in tropical locales, until they blossom and breed and grow into their own unique varieties and subspecies that take root and proliferate and rapidly become as much a part of their new homes as anything that had been there before

In 1986 the first McDonalds opened next to the Spanish Steps, ostensibly to serve and be served by the rich alluvial flood of tourists which keep that part of town permanently submerged. However, instead of being inundated with Americans visiting from Atlanta Georgia, and Georgians visiting from Tblisi, the outlet was stormed, not figuratively but in a very real sense, by ecstatic city dwelling youths, frenzied by the prospect of consuming on their doorstep some of that outside world which itself had been so expertly consuming their city for the past two millennia.


“The opening was huge, so big that teenagers nearly stormed the restaurant, stopping traffic and causing havoc in the streets. To stop the mania, officials decreed that McDonald's would have to be closed at certain times until further notice” *1

The bright red background of the company’s corporate identity was a vivid, twinkling, shiny new red, a plastic television-red for a city of faded, eczematic, itching reds on buildings whose facades were uncomfortably peeling and crumbling, and fading into a flaky brown decay. The entrance was declared by triumphal arches which looked like two pairs of bananas, California reinventing a Roman tradition in its own healthy way, letters that were sunny like Los Angeles in a city of letters set in cold stone. Inside there were banquettes that were reflective yellow extrusions as curvy and bulbous as a Bernini, in which you could see yourself all yellow and radiant like your face was the inside of a gilded dome in the Vatican, only happier.


There is a conspiracy against this city to arrest its passage through time, to guard it from the intrusion of novelty. No new districts are currently built. No new buildings are allowed in the old districts. Botox is injected in various places by UNESCO and the heritage bodies to insure a static and reliable complexion to its historic rictus. But behind the preserved plaster facades and travertine walls the young of the city, while inescapably steeped in the baroque bed in which they were born, are nonetheless hungry, were hungry, and have always been hungry for more. Heritage becomes a burden, is sterile unless constantly revived, generation after generation, through its coupling with new and energising sources of foreign, alien influence. It has to be constantly, rigorously reinvented. This is instinctively understood by those who have been sustained by its immemorial age, and with a confidence obtainable only by those of impeccable origins, Romans unfailingly set out to acquire youthful brides for their aging metropolis. 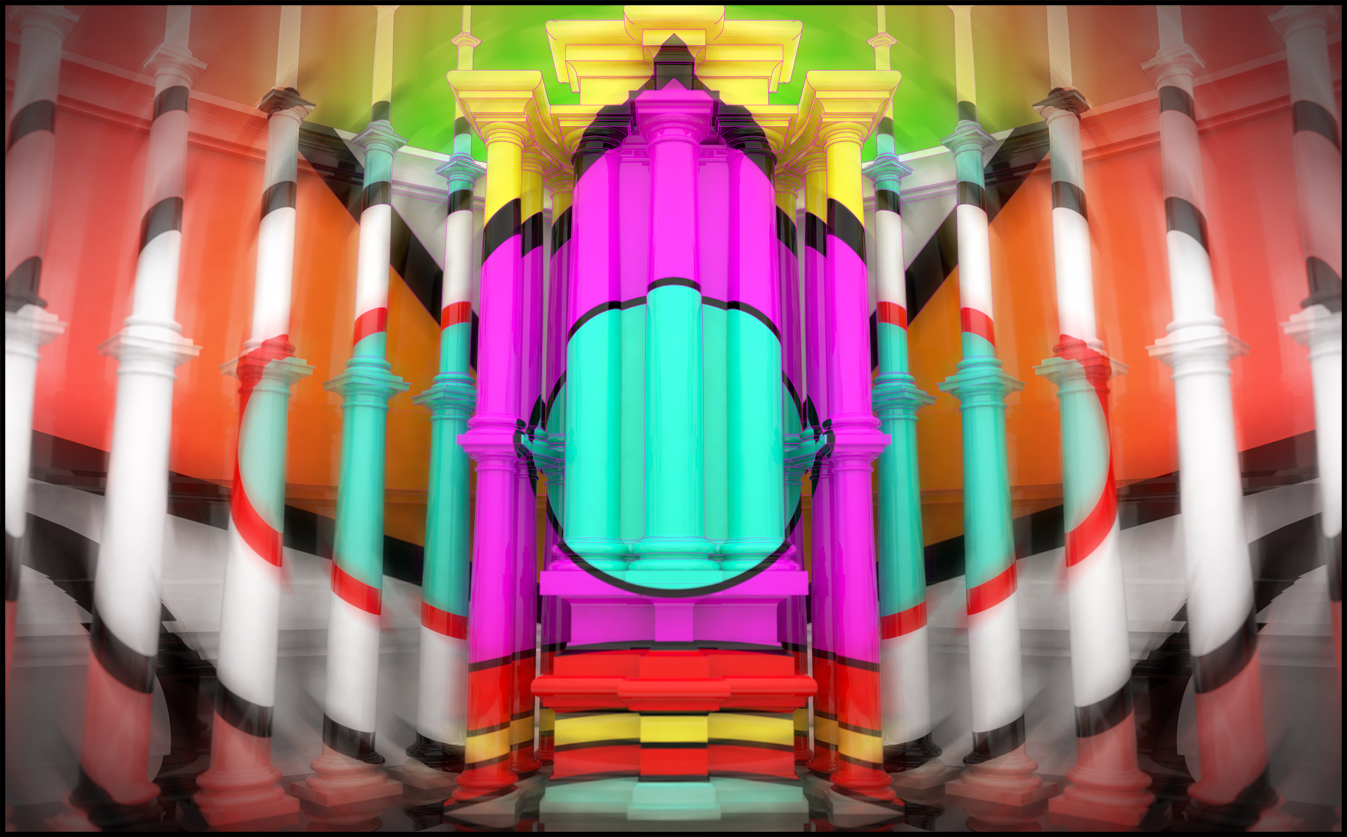 “Three dancers in red - Valentino red - floated like puppets on a string in front of the Colosseum. As their shadows flickered over the ancient stones, a giant balloon, celebrating Valentino's 45 fashion years, drifted by and a golden shower of fireworks exploded.” *2


A few shop fronts away from the McDonald’s is Valentino’s atelier, that great purveyor of Roman Red and Imperial White. In the 50s he had been drawn to the sequined salons of Paris, where he had assimilated into himself the glamorous lipstick of its couturiers and the imperial iciness of its high society. Upon his return to Italy he had fused the foremost in French fashion, with an abundantly italic ripeness, a hybrid of imported ideas and parochial flair that clothed a whole decade of Rome’s Dolce Vita, gave body to the cinematic worlds of an entire generation of Rome-obsessed directors, and came to be known as purely, essentially Roman, as much part of its platitudinal history as the senatorial toga, or the robes of a cardinal.

Valentino came to Rome from a Paris plundered by his hungry Italian eye, returning with his spoils to transform the bodies of his city, and in the same manner, perhaps even more so, there are thousands upon thousands of Romans now spread around the world, scouring and assimilating and consuming elsewhere with at least as much vigour and intensity as those who have always come to their city. From Cairo to Camden they are observing and absorbing, learning and acquiring the precious materials with which they will eventually return home and begin the perpetually necessary process of renewal which Rome must always undergo, being reimagined from within, using the excitement of things encountered without.

There has been no building for some time, activity in general has been somewhat subdued and there is a glazed sheen of ennui to the pretty skyline here. But Romans keep returning, from all over, and each time any one of them arrives he brings with him strange seeds of potential newness that he unwittingly sows in her abundantly fertile soil. Super malls from Chongqing, skyscrapers from Astana, themed communities from Dubai, music from Accra and fashion from Lima, all curled up and desiccated, ready at the first glimmer of rain to sprout up all giddy and excited amongst the arches and the columns and the frozen facades.

Just as the city has always unexpectedly exploded in bouts of delirious creativity when global winds blow opportune showers its way, so it will again soon, and this time around its stockpile of imaginative reserves is an immense magma chamber, an infinitely dense mass of pressurised newness churning beneath the city, which is as vast as the wanderings of its inhabitants, and as colourful as the sum of all the pent up, frustrated desires of a city’s million excitable minds.

These past thirty years Heritage has acted as the plug to Rome’s volcano, which is bloated and burning, and it is about to burst.


*1 “The Unique Story of McDonald's Restaurants Entering the Italian Market”

*2 “Valentino at 45: Painting the town in red” By Suzy Menkes

This post is dedicated to Renzo Campisi, a very great Roman

Posted by Adam Nathaniel Furman at 07:46