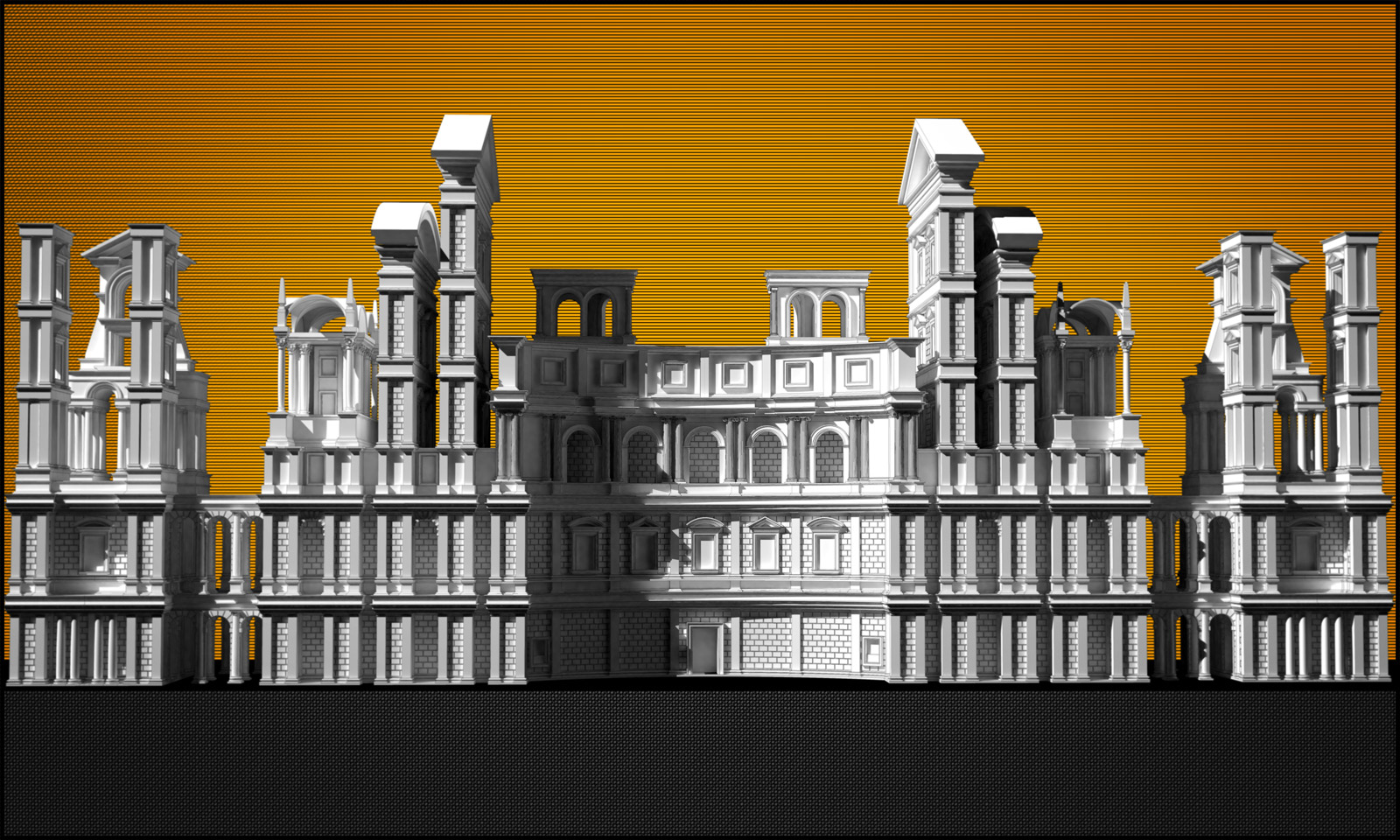 His parents had mandated at least one palace or villa and three churches a day. From the time he normally got up for school until the time he would usually be having dinner they marched from stone building to building, corridor of marble statues to other corridors of marble statues. Everything was old, dirty, stained and big, and nowhere was properly heated so he would hide as deeply as possible in his oversized puffer jacket, peering out from the duvet-like hood at cliffs of stone so big, and from streets so small, that he couldn’t see to the tops without pivoting from his waist to stare upwards.

The subway was all bright orange, but covered in layers of brownish gunk so that it was like he was worming his way through some sort of huge, rotting citrus fruit. There were old ladies hiding behind things in the street, abandoned phone booths and bus stops, who leered suddenly out at him as he passed by, looking for all the world like extras from Pirates of the Caribbean, almost comic with their bedraggled rags, bent backs, and theatrically shaking hands outstretched with wobbling canes. Whenever they were in a square and his mother was reading for them from the guide-book, Indian men would approach, offering him selfie-sticks, and as they crossed streets to get a better view of the front of one church or another they would have to squeeze between groups of young black men with lots of shitty colourful things in rows on wet, grimy tarpaulins spread out over the pavements. 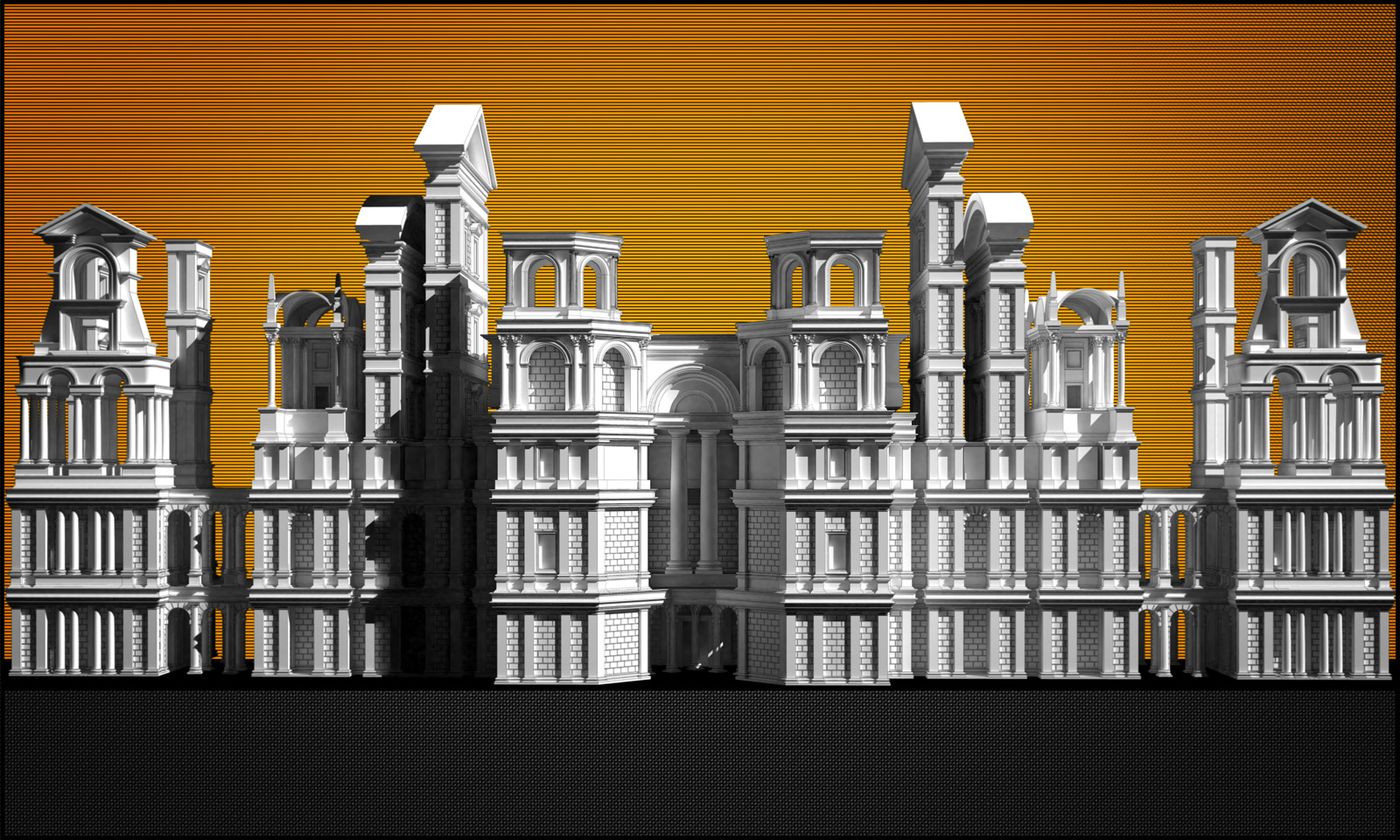 Discomfort was what he noticed most at the time. Interiors so big that they disappeared into darkness and which were even colder than outside, cafes in which he wasn’t allowed to sit down, streets that were more like obstacle courses or bomb sites strewn with cars and broken chunks of pavement, scooters scattered here and there, a total lack of his favourite fast food, and he couldn’t understand why they weren’t driving at all, in a car with heating, and why his phone didn’t work, and why nothing was clean, and why they couldn’t just go to a mall, for a bit, for a break.

It was only later that images of the various buildings he saw began to surface in his memory. What had riled him during his visit, that everything was so different to, so at odds with the comfortably shiny, quotidian newness of his surroundings back home, had in retrospect become an object of fascination. As he grew older, he began looking for qualities other than those offered by the acres and acres of air-conditioned, polished-stone floor and white plaster wall interiors that had provided the backdrop to his youth. That particular, miserable trip in which he had felt helplessly trapped for an impossibly long week, cold, shrunken and exhausted at the mercy of gargantuan, crumbling, multiplying old buildings, in the end proved to be a mental reserve of inspiration to which he found himself returning constantly.

He didn’t have specific recollections of individual places, he hadn’t been paying enough attention at the time to know what exactly he had seen and where, instead everything he had visited merged into one, becoming in his head a kind of super extended piece of indistinct architecture that incorporated into itself an almost limitless index of stone moments from all over the city and from all periods, haphazardly united only by the fact he had visited them, and that they had somehow managed to impress their forms deeply into his little shivering head.

The visit had been like being pinned to the sides of a giant centrifuge full of columns, porticoes, colonnades and entablatures, and upon returning to his experiences he set about introducing a sense of order to the thrown about jumble. He would allow himself to linger a while with each impression, with the memory of each niche, exedra, antechamber or clerestory, and he would allocate a grading to the strength of impact its form obtained from him, to the allure of its particular kind of strangeness. From his daydreaming contemplation and categorical meanderings through the full depth of what he had seen, the blurry, massive and disorderly edifice that had encompassed the time spent in the city began to obtain solidity, form, a sense of hierarchy. 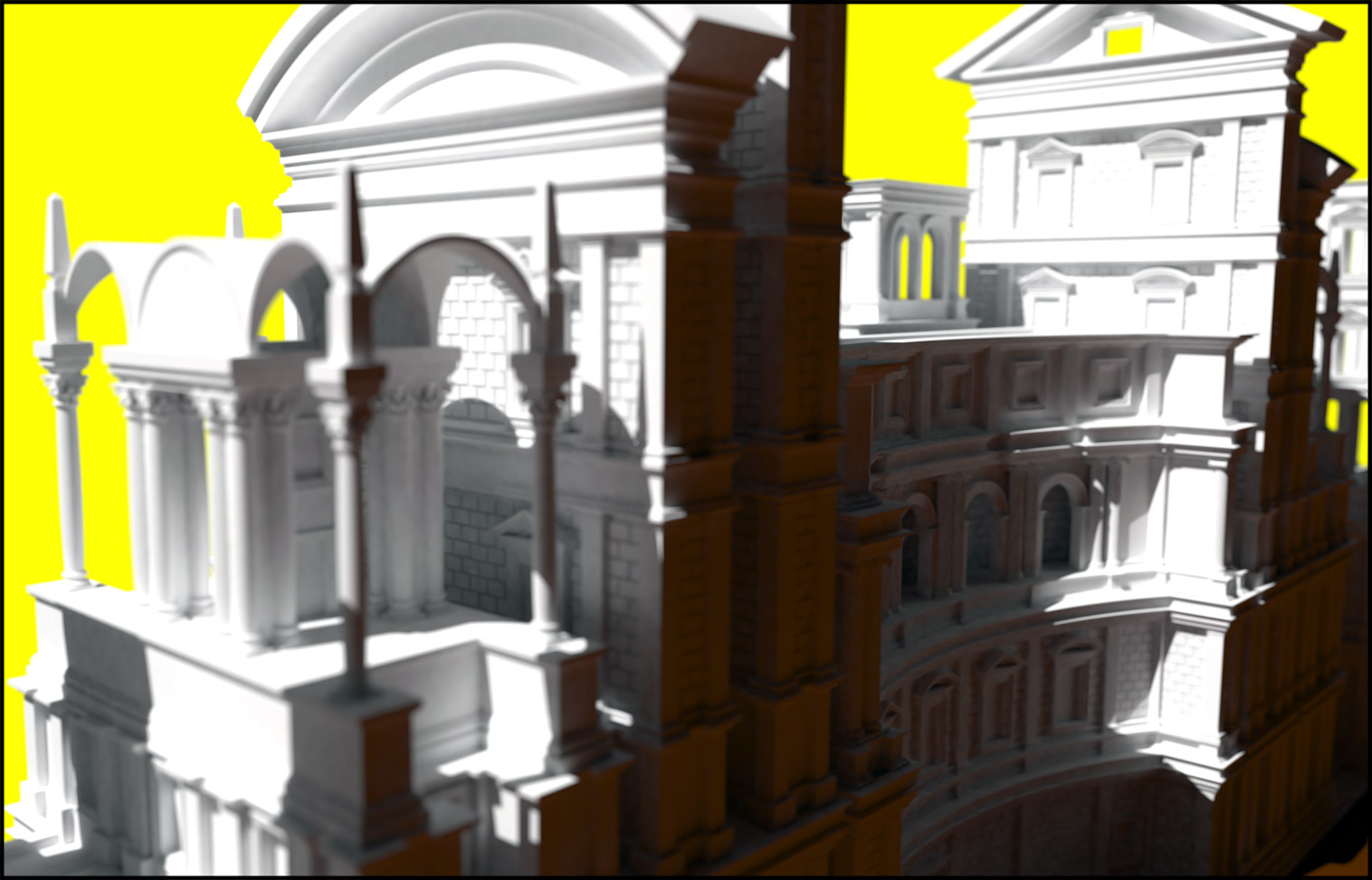 ^Memory Palace from above

At relatively regular intervals he would return to sets of discrete moments and reevaluate them, judging each from his new standpoint of having grown a bit older, having slightly different notions about things, and he would find that some would rise in his estimation, and others retreat, so that the edifice in his head would be reconfigured, with previously humble features expanding to become central conceits in the space of his mental composition. It was by this stage a recognisable place, a properly prodigious palace, an immense palazzo, a complex through which he could wander at will, whenever and wherever he wanted. It was constituted of every single detail he had managed to extract from his memories of those tiring days, as well as embellishments which he himself had added, refinements to shapes that were in retrospect perhaps a touch too severe or banal. 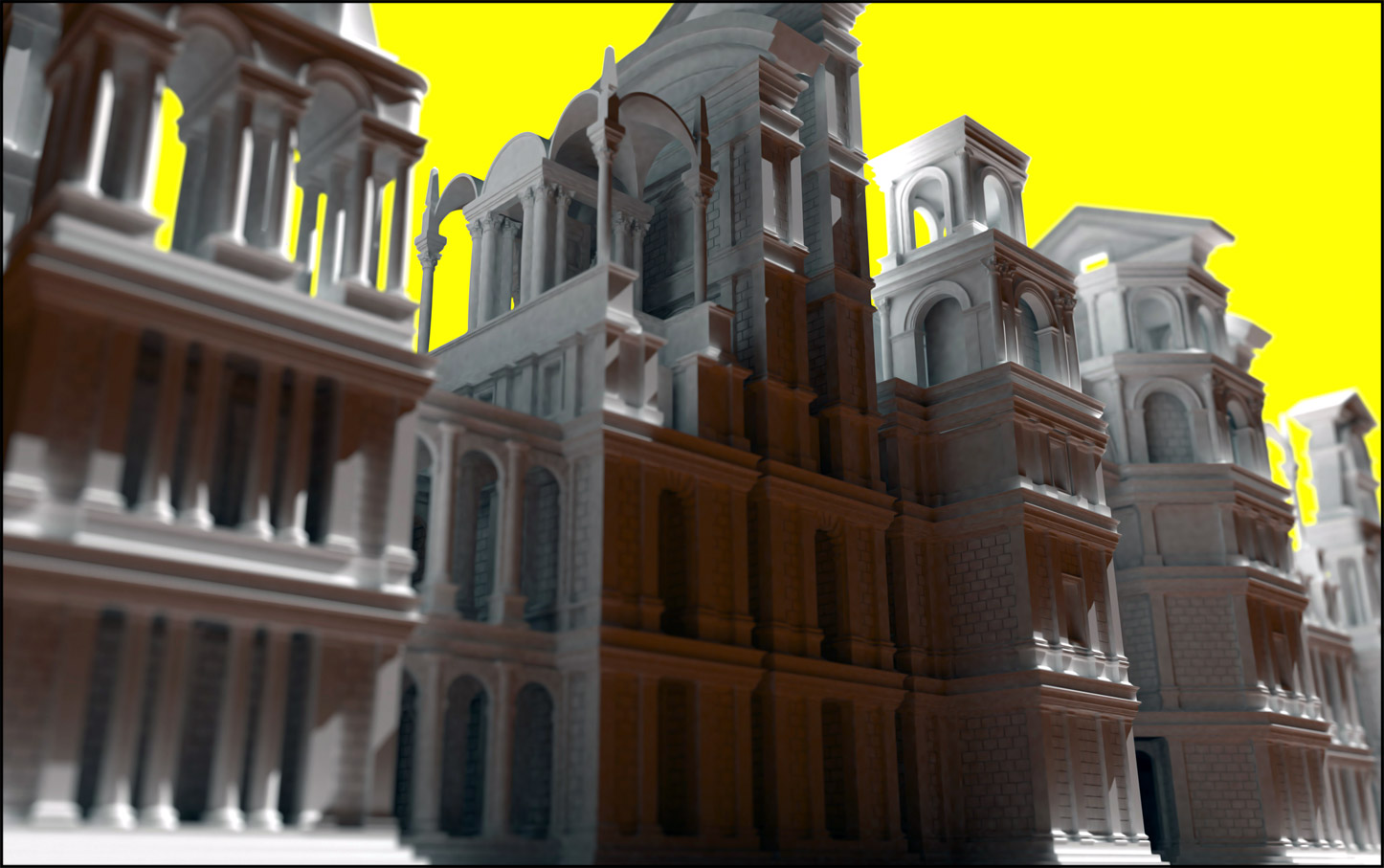 In some ways the palace had started out as a souvenir of his visit, one made of pure recollection, but in the intervening years it had grown into something far larger. Its corridors and the endless bays on its façade and its courtyards had taken on a life of their own far beyond the city itself, or the trip that had originally inspired them. It incorporated into itself, into its forever reshuffling turrets and pediments and arches, something of all his experiences since that first trip. It was an architectural Chinese Whispers that had begun in the actual buildings visited, and had been passed progressively through all the various versions of himself as he transitioned from childhood to youth to adulthood, transforming each time as it was passed on, but also accumulating aspects of him, collecting the residue of his passage through time in the same way that the real buildings in the city he had travelled to long ago had accumulated grime, and dirt and stains from the passing of life around them.

He never revisited the city again. He was well aware of the yawning discrepancy between the fertile world he had cultivated in his imagination over the years, and the no doubt disappointing reality of the widely dispersed set of individually perhaps not stellar buildings out of which his world had initially evolved. Instead he endeavoured to create moments from his palace in whatever small way his career in a medium-sized commercial practice allowed him. Upon completion, prior to their being open to the public or clients, he would walk alone around his building, and for a few brief moments the private life of his daydreaming would become entirely coextensive with that of the world around him, and he would feel an enormous sense of calm. 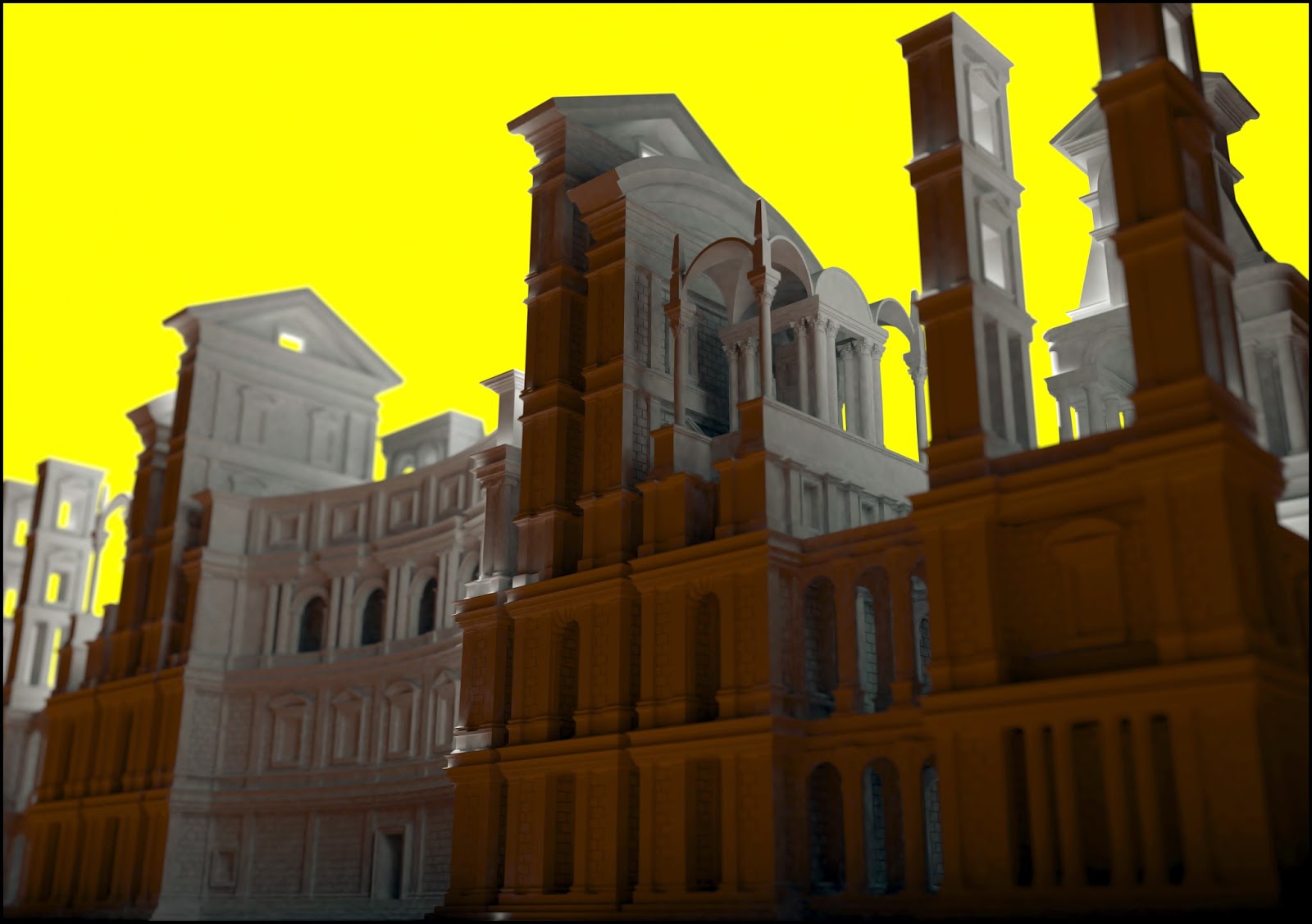 Most of the office’s projects were redevelopments of the kind of malls and commercial complexes whose interior banality had led him to retreat back into his memories in the first place. Their era was up, and so they were being repurposed to any number of new uses. If you head to the outskirts of his hometown now, as many architecture students have found themselves doing in recent years, to the places where the malls used to be, you can find a quite remarkable collection of buildings, interiors, facades, and bits of buildings whose architectural form have absolutely no precedent in the area around them, and frankly seem to have no precedent whatsoever. His palace exists, in pieces, scattered around, not coherent and cohesive as it had existed in his head, but dispersed, piecemeal, like the way he had experienced those places back on the visit with his family in the first place.

The people of the town are rather proud of them, especially as they've become reason for a small degree of international attention, and some tourism. And so even after he has passed away, the memories he had used to build his own world have in turn become material for others to come and feed upon, take away, remember, reimagine and rebuild in their own fashion elsewhere, and so on, forever, everything transforming everything else endlessly through the vehicle of the human imagination, city to city, town to town, imagination to imagination.

Posted by Adam Nathaniel Furman at 07:32