Only you can’t see it.

Well you can’t see very much of it.

For its full breadth, along the entire length of its monumental elevation, the cognitively dissonant union of mass housing and ecclesiastical tectonics, Innocenzo Sabbatini’s essay in figurative formal continuity through time and across architectural typologies is eight metres away from a hulking mass of non-descript post-war stuff.

But it’s here. Squashed in on both sides, pressed together with other structures of other periods, its fullness obscured by surrounding accumulations, a horizontal version of the stacking and layering and piling you get in the city centre that encroaches on so many roman monuments, eventually consuming them with only a column here, and an entablature edge there left visible to the passer-by.

The intention had presumably been for this to be a rhetorical palace of the people’s house builders, a fascia for the government’s building program, a new photo opportunity for the new city. Land is land however, a boom is a boom, and sometimes little piazzas for the purpose of artistic appreciation become entirely superfluous, unnecessary luxuries standing in the way of several hundred new flats.

In the historic city there are added courses of bricks, stone buttresses, a loggia here and there, and extra rendered storeys that have grown like mushrooms over the fallen remnants of their predecessors. Out here, in the ring road there have instead sprouted 12 floor apartment blocks with fifty metre frontages, roof extensions and gasoline stations, but the effect is the same, the crowding, the clutter of time. 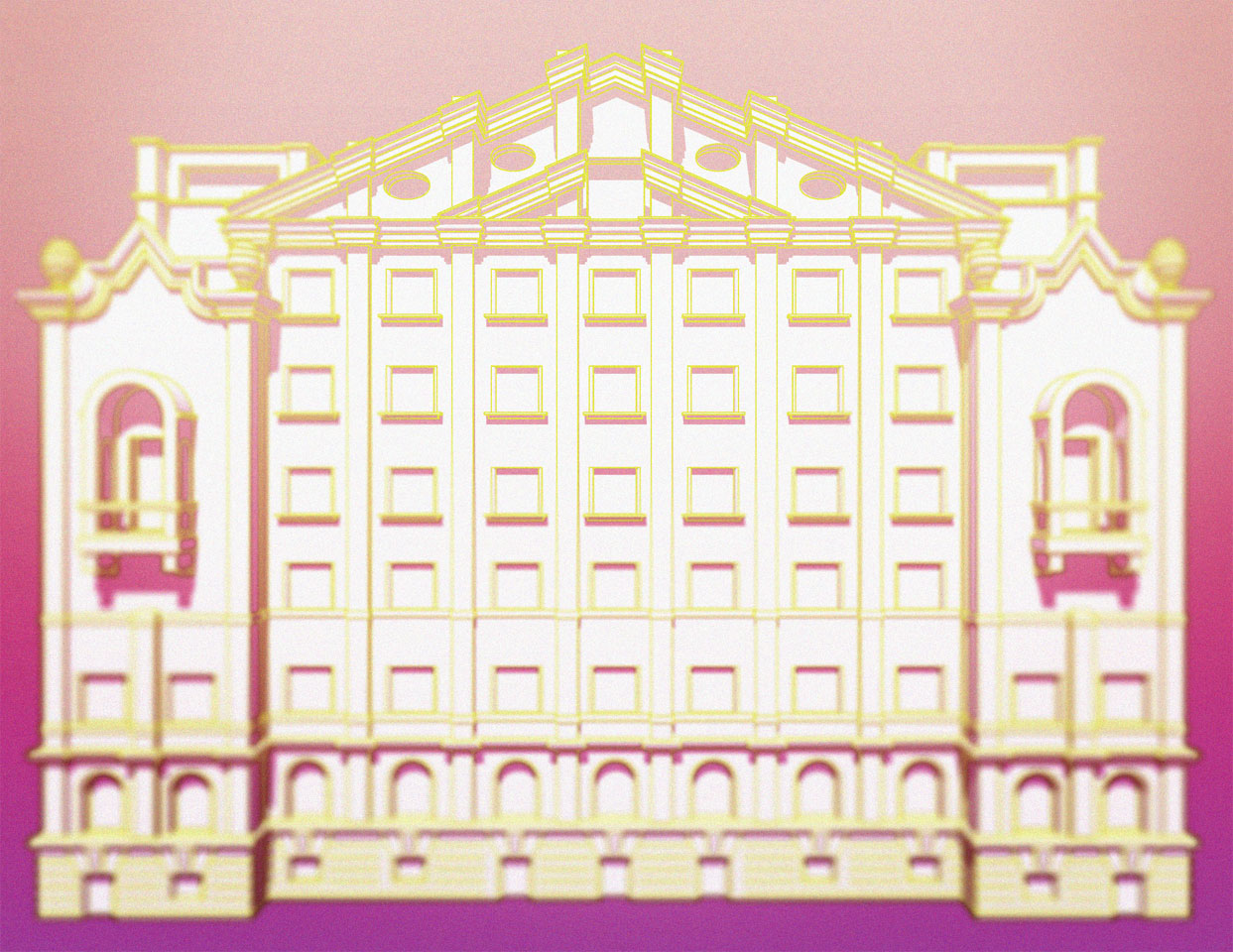 A church façade from the Corso -San Carlo- made a journey out to the 1920s ring road to become social housing. From the tight fabric of the medieval city, to the large blocks of the regularised urbanism of the early twentieth century. From pedestrians, party walls, staircases and jostling parapets to light wells, interstitial gardens, motor cars and elevators. From an entirely ornamental frontage to eight storeys of modulated multiple-tenancy windows.

There are many forms of Architectural continuity in Rome.

Buildings change use, from imperial-cult temple to church, to barn, to convent, to revolutionary offices, to housing. Continuity of material in the semblance of a specific shape that was defined long, long ago. Architectural forms that host an endless procession of variable occupants like some incredibly ancient tree that has seen the development, growth and demise of whole ecosystems amongst its ever more gnarled branches.

Buildings also procreate. On the one hand there is the immortal persistence of singular monuments, but on the other there is the fertilisation of ancient form by new and youthful types of occupant and their strange new requirements. The old fall in love with the new and together parent children, who will eventually themselves become elders in search of youthful companions, just as lost and lonely new innovations will always be in search of ancient and comforting forms with whom they can consort.

Pediments moved from terminating roofs on Greek Temples to doubling-up and finding themselves as the face of renaissance churches, to being split, mirrored, bent and multiplied like hordes of butterflies in the baroque, to being temples again, but stuck on the front of houses, in the countryside, making them grand villas in the Palladian manner, eventually growing to incredible sizes as they became the crowns glorifying the new institutions of Parliamentary democracies and museums for the masses, to most recently becoming symbols for the privatisation of our planet through their rising up into the clouds as garlands on the tops of corporate skyscrapers and as popular friendlification for the brows of unpleasantly flat-roofed concrete tower blocks.

Their meanings change through use, like words, and like words there is a lineage and inner contour that survives. An architectural etymology of substantive duration.

Forms survive by being reborn themselves in other guises. Whatever that guise may be, whatever its merit, no matter how cheapened and degraded it may appear at the time. Form’s perpetual rebirth keeps its quintessence virile, and in any case greatness often skips generations, but for that greatness to ever return children must be continuously produced, history must be forever rejuvenated, the gene-pool relentlessly mixed. It is our responsibility to give architectural form many new children, to prove to her her own unrelenting fertility. 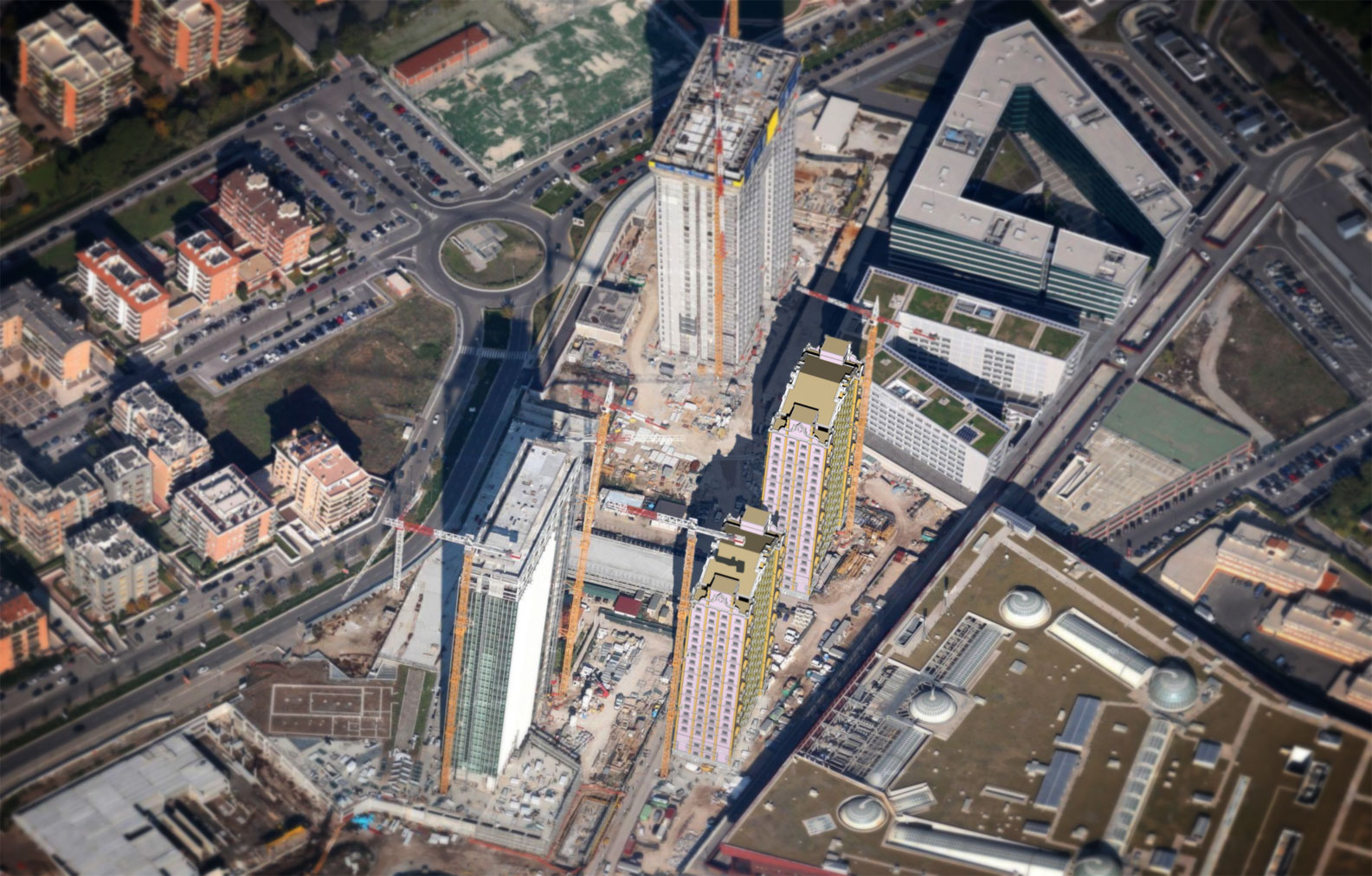 And so the twin towers in the Europarco business district south of EUR, the cladding of two generic high-rises in the garb of a design that itself had been ripped from a church in the city, were decried as vile fakes, as double bastards, as tasteless copies worthy of Wuhan or Dushanbe but most definitely not Rome, the origin and arbiter of international authenticity.

They are in their vulgarity however absolutely vital, key, holders of a flame that because of them and their kind will not go out, and will be passed down to future generations as viable fuel for the bonfire of tectonic production which it is our duty as architects to forever feed with historic material.

You should not be surprised to find that an apparently inappropriate, vulgar and out of context copy becomes tomorrow’s authentic, revered reference.

The passing of time transforms everything.

The discovery was made by the great Aristotle Kallis

Posted by Adam Nathaniel Furman at 01:05 No comments: